Delta One Zero: The Miniatures Game, is a tabletop skirmish wargame, set in the 21st century. Choose your Faction, select your Command options, arm your Fireteams and send them on their mission!

Delta One Zero is a game for 2 or more players and is a squad-based action game, where forces comprise between 5 to 12 models aside and players compete in either scenario driven or competitive games.

The game revolves around using your strategic wit and resources to outsmart and out manoeuvre your opponents. The game can be played on any sized board, with 3 x 3 or 4 x 4 ft being the ideal sizes. The game scales perfectly with the many cool MDF and card terrain sets currently available via third parties.

If you have a demonstration or participation game you would like to host at BrisCon 2021, please let us know at brisbanegamingsociety@gmail.com 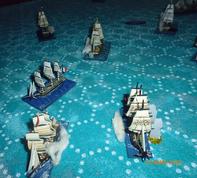 Bushido is an oriental fantasy tabletop miniature battle game for two players. Each player commands a force of no more than a handful of individuals, represented by 32mm metal miniatures. Bushido is an objective based game where your goal is to outwit, outfight and outlive the opposing force and fulfil your battle objectives while denying the enemy theirs. Wiping out your opponent may not win you the game if you are not ahead in the objectives.

Bushido falls into the ‘skirmish game’ category: all miniatures represent individuals and your force consists of a small group of unique characters rather than a large faceless army. A game of Bushido is fast-moving, flexible and filled with strategizing, counter-strategizing and counter-counter-strategizing. Your tactical acumen is important, but as dice add an element of randomness, so too is your ability to think on your feet. A typical game of Bushido takes between one and two hours to play – more if you are new to the game, less if you are a seasoned veteran.

In the world of Bushido, there are many factions fighting for supremacy. Some of these forces are committed to keeping the delicate balance of the Ki forces permeating the universe, whereas other forces wish to upset and even destroy the Ki balance of the universe in order to achieve their own nefarious purposes. Factions are drawn from historical Japanese culture and folklore, you can see samurai and ashigaru applying military tactics, monks, pirates, gangsters, people in league with Kami (spirits), yokai (malevolent or mischievous beings often in animal form), shugenja (priests, sorcerers and lore keepers), kitsune (fox folk) and ninja. There is even a little black powder and one dragon. 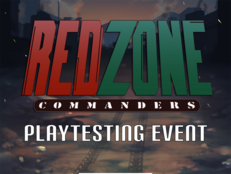 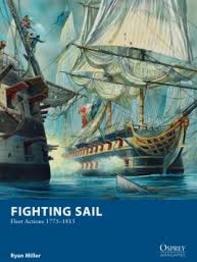 BrisCon is pleased to host a playtesting event for the upcoming release of the game Red Zone: Commanders.

In 2048, a large meteor crashed on Earth destroying entire civilizations and burning cities to the ground. The remaining survivors, devastated by the past, motivated by the future, went on to build a new world.  But there were arguments, differences of opinions, and soon after - the most ancient ritual for resolving conflicts in mankind history has begun… war.

Red Zone: Commanders is a game developed in Israel. It is a sci-fi themed strategy game for two players.

Each player plays Event Cards and Unit Cards on a Battlefield game board, fighting each other for dominance and control.

" Form line of battle and beat to quarters! Command a squadron of British or French ships during the time of the French Revolution and Napoleonic Wars using the easy to play naval rules by Osprey Publications "Fighting Sail". This is a participation game for up to four people per game. On Saturday there will be scenarios from the rule book which are based on actions during the period and on Sunday a re-fight of the Battle of San Domingo, the last action between ships-of-the-line during the Napoleonic Wars. Will you as the British Admiral emulate the exploits of Nelson and Collingwood or as the French Admiral turn the tide on the High Seas and win the Emperor's favour? "